If you follow our social feeds, you may know that we’ve been collaborating with Cloudwater Brew Co. of Manchester on a coffee beer for the first UK Uppers & Downers event. Established in the U.S., the event pairs up roasters and brewers and challenges them to come up with something tasty. All the beers get unveiled in a boozy celebration of coffee and beer, with the UK event being held this evening at Brew By Numbers brewery in Southwark, London.

As a company, we’ve helped produce a couple of coffee beers before, but this was the first time I’d had the opportunity to be involved, so I wanted to see what was out there before we started.

Unsurprisingly, stouts and porters dominate the world of coffee beer; we sourced 21 beers to try as ‘research’ for the collab, and all but three of them were the black stuff. That makes sense – stouts and coffee share a number of flavours, so why not use a coffee to boost a stout?

Problem is, with many of the beers we tried, it wasn’t really clear whether the coffee flavour was coming from the coffee, or from the roasted malt, and in a lot of the beers, we thought the coffee notes were drowning in the other heavy stout flavours. That didn’t stop them being delicious (we particularly rated the Siren Smoked Blackcurrant Porter, Mikkeller Flat White and Modern Times Black House Stout), but as a coffee roaster, we wanted to try and make more of the coffee flavour in our beer.

Happily, the guys at Cloudwater agreed and were of a mind to make something in a lighter style that would hopefully let the flavours of the coffee shine.

To that end we spent a fun afternoon up at their brewery with Paul, Katie and Mark cupping coffee, trying their range of beers and experimenting with some rough blends to see what combinations seemed to have potential.

We also experimented with how the coffees reacted to temperature by doing a hot, cold, and hot and cold (hot extraction, cold steep) brew of each coffee. This was useful information to the brewers, as the different stages of beer production take place at different temperatures, so knowing when to add the coffee to get the characteristics we desired was important.

At the end of the session, we settled on pairing our Mormora beans (from Guji, Ethiopia. Naturally processed. Grown at 1,800-2,000m) with a kettle sour beer as we thought the fruity, hoppy weight of the coffee went well with the freshness of the beer. We also decided to mix the filter and espresso roasts of Mormora, as we liked the cocoa notes that the espresso roast added and the strawberry flavours that the filter roast showed.

This decided the basic formula of the beer, but there were still a lot of questions to answer about precisely how was best to get the coffee flavour into the beer.

Our first instinct with the coffee additions was to be cautious with them; easier to add more coffee flavour later in the brew if we thought we needed it than to take it out if we’d overdone it. This also played to the idea of trying to layer the coffee flavours to make them more complex by adding coffee at different points in the brew.

Once the kettle souring process was complete, the first addition of coffee was done by passing a portion (100L) of the hot wort through 6kg of muslin-bagged espresso roasted ground coffee in a hopback. The hot liquid was left to steep for three to five minutes before being pumped out and chilled through the heat exchanger on its way to the fermentation tank. A second extraction of the wet grounds was carried out with another 100L of hot wort.The process was repeated twice more, each time with 6kg of coffee for a total of approximately 600L of coffee infused wort (approximately 12% of the total brew).

Midway through the five-day fermentation, the team at Cloudwater tasted the beer and thought it could take more coffee flavour, so they brewed up approximately 300L of coffee (espresso roast again) using hot water and an additional 18kg of ground Mormora and pumped it into the tank. When fermentation completed, the beer was chilled, yeast was removed and it was left to condition for a little while.

During this time we did some experiments with cold steeping small samples of the brewed beer with ground filter coffee for varying amounts of time to see how the beer reacted. Generally, we found that longer steep times were better, but the gains were only marginal once you’d gone over three hours of contact time.

Therefore, once the beer was conditioned the team in the brewery started cold steeping small portions of the beer in the hopback (this time sealed and purged with carbon dioxide, to avoid oxidation) with 12kg of ground coffee at a time.

The idea here was to add layers of flavour, sampling the beer each time a steep was blended back into the larger batch to work out when we’d reached the coffee influence that we wanted.

As with the hot addition, each batch of coffee was steeped twice, first for three hours, then again overnight with fresh beer on the wet grounds. Steeping in small batches like this also meant that if anything went wrong with one of the steeps, only 200L of beer was spoiled. After a few double cold steeps and a total of 36kg of filter roast Mormora added at this cold stage (making for 15g/L of coffee in total), the beer was declared ready!

This turned the conversation towards the label, and we were thrilled that Cloudwater suggested making the label in the style of one of our bags. We hope you’ll agree that the cans look awesome, thanks to Chris Shearston of Textbook Studio who was able to incorporate everything, including our map of the Square Mile.

We’re stoked to be showing our collab beer this evening at Uppers & Downers, and want to say a big thanks to Paul, Katie and Mark at Cloudwater for everything they’ve put into the beer.

The beer will be available to trade at the end of this week, so look out for it on tap or in can at your local beer shop or bar over the next few weeks. You may also be able to grab a can on the Cloudwater webshop, but you’ll have to be quick! 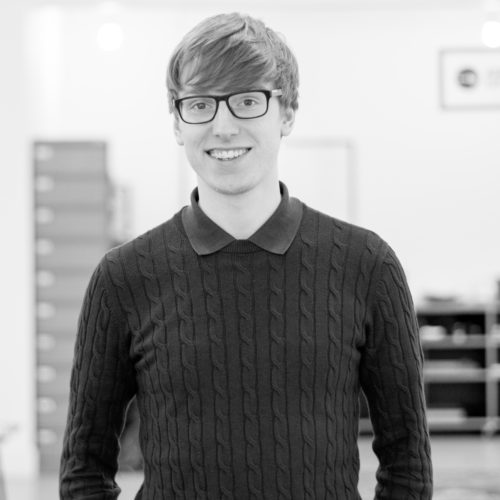