The other day I wrote about my trip to Huila and the event I participated in. It was incredible to be able to join the auction and judge the coffees that were available, but this was only half of my trip. The large group of roasters, importers and directors of coffee I was with also got to visit two farms and a dry mill, a first time experience for me and a very educational one as well. Especially since the farms were a little different from typically expected.

Although I have a keen interest in agricultural developments and innovation I was surprised how much I didn’t know! It turned out to be a very informative visit to the farms.

Los Lagos
My first farm visit was not too far from our hotel, but still it took some long and winding roads to finally arrive at Los Lagos. This farm is owned by Manuel Rojas and his father Ignacio, who still lives there and helps run the place. It’s based at around 1,450 metres above sea level and has some incredibly steep gradients, resulting in a lot of sore calf muscles, but also stunning views!

Manuel works hard all year long to deliver a quality product. This starts from the beginning with the nursery stage of his plants, all the way to the education of his children. He mainly grows Caturra plants, but way up high on the farm is also some Gesha. The decision to grow Gesha was very much a financial one. He said before we started our tour that he has learnt a lot from the exporter and importer he works with, and realised that a quality product results in higher profit, which in turn gives him the ability to invest in his farm and family. Manuel’s farm is also based relatively low compared to other farms meaning that the coffee he yields is lower in density and a different level of ripeness. This has prompted Manuel to experiment a lot and he was one of the farmers that ended up in the best 30 overall of the competition, so it seems to be working.

We started our tour with an introduction to the Rojas family and their dogs. Lovely people and cute dogs; what’s not to like? Especially when they started offering everybody homemade mango juice and oatmeal cookies. Manuel then took us around to the back of the house to show us the fermentation tank. All the processing is done on the farm, until the coffee gets shipped to the mill where it gets hulled. Manuel explained to us that he has been doing a few different types of processing, but he mainly focuses on the washed process.

Unfortunately we weren’t there during harvest, so there was no processing happening. There was only a massive pile of discarded fruit left over from the last time he pulped, which was being used as compost. At the fermentation basin, which looked very clean, Manuel told us about all the ways he has started to add quality to his product.

Everything is picked by hand, mainly selectively. The Rojas family own a brix meter, which measures the amount of sugar present in the coffee fruit. This gives the farmer an better understanding when it comes to the ripeness of the cherry, besides only using colour as a measure. Several cherries are measured with the brix meter during the day, but not all of them, as this would simply take too long.

The brix meter has already proven itself invaluable. They were saying that Castillo and Caturra show a very different colour than they expected. The Caturra behaves normally, with the max brix at about 24% when the fruit is a deep red colour, but Castillo turns out to have a higher brix reading earlier on when still yellow. With a max of 22%, they decided to harvest the Castill0 resulting in a higher scoring cup of Castillo than they have ever had before!

Whilst all Manuels coffees are washed, he has been experimenting along side this traditional method with variables such as longer immersion, or no immersion at all before pulping. He has slowly tried to understand how different varieties taste better with different processes, and by using all the feedback he gets from people like us who visit him and taste the coffee, he says he’s been able to eliminate the bad/unwanted flavours as much as possible. This shows the importance of honest tasting notes when you’re dealing with a farmer who puts a lot of effort into their work.

The moment we started walking through Los Lagos’ planted area there was one thing that became very clear, it had not rained for three months at this farm. This was noticeable in many ways: the ground was dry as cork, the plants looked like they would fall over or break, and the irrigation channels were unrecognisable. Many of the plants had started to show dried out leaves that looked very similar to the coffee plants that I’ve tried to grow. It’s hard!

Besides the signs of drought, there were also small yellow spots on some of these plants, these were signs of la roya (leaf rust). In the last few years this disease has completely annihilated a fair amount of coffee, up to the point that farms have gone bankrupt. It was therefore a bit scary to see this, but Manuel was pretty relaxed about it and said he had learned how to recognise the roya and how to act on it. If you can see through the roya into the sun, the tree needs to be cut down, if not, it can be contained. The remedy in that case is to spray it with phosphate sulphate, which of course is not cheap. Manuel has used this a few times now, and he is reaping the benefits but says his neighbour is not spraying, which means a lot of this roya gets carried with the wind, spreading to the plants at Los Lagos.

Something else that I noticed were the many tree stumps on one side of the farm, and I initiated a conversation about it with Julian, one of the Banexport brothers. He told me that these were old trees purposely cut down and often not older than 10 years and sometimes as young as 5 years. This allows the soil to have a break and is therefore beneficial for the farmer in the long term. The stumps can easily be re-used by grafting a new plant on top, we saw examples of this higher up on the farm.

The farm grew lots of other trees too, I spotted gooseberries, guava, papayas and bananas and I’m sure there was more! These trees provide shade where needed, but also soil diversity and food during work. Los Lagos doesn’t sell any other products, so the bananas are mainly consumed by the family and the workers during harvest.

After about 2-3 hours of climbing, hiking and being amazed by the views, we had gone full circle and ended up back at the house. We all said our goodbyes and thanked the Rojas family before we got into the reggaeton bus and were on our way again. 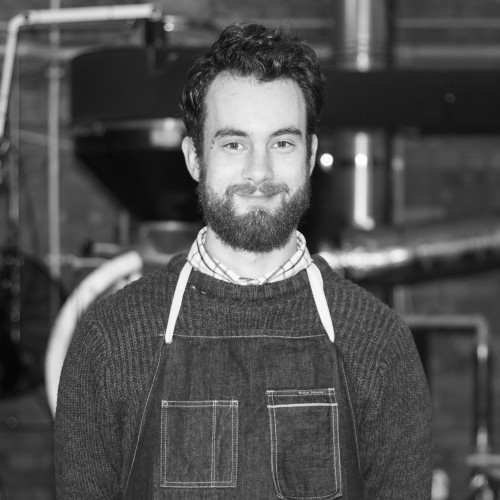